The International Center for Innovation, Transformation and Excellence in Governance (INCITEGov) was founded in 2006 by a group of former senior officials in government. They collectively resigned from their posts in the wake of alleged massive electoral fraud implicating the highest official of the country. INCITEGov served as their venue to continue working for reforms as civil society participants, in the process developing a framework that holds at its very core the linkage between democratic politics and good governance to bring about a better life for all. This highlighted the imperative to understand and uphold the nexus among Politics-Governance-Development Outcomes (P-G-D, in short) as the key to arresting and overcoming the recurring cycles of democratic crisis and development deficits in the country.

With support from the National Endowment for Democracy (NED), INCITEGov has built its work of deepening and broadening the knowledge and practice of P-G-D with practitioners in both government and civil society, using specific reform areas as starting points. Since its senior group of leaders and members come from a diverse fields and sectors, INCITEGov has had the unique ability to convene broad-based reform constituencies, often serving as their institutional hub and base.

Over the past fifteen years, INCITEGov facilitated the constructive engagement of civil society groups with the government. It enabled transparency and accountability mechanisms to work for claim-making initiatives of marginalized groups and the basic sectors. These processes have empowered reform constituents in both civil society and government to build upon the gains of democracy and to propel the steady growth of organized groups and movements engaging government in specific reform initiatives. INCITEGov continues to monitor closely several key areas of concern: public fiscal management, the security sector, social protection, women and human rights, the peace process, along with other issues and processes affecting Philippine democracy. Currently, INCITEGov is located at the fulcrum of a broad-based democratic force that has been working to push back against the steady erosion of democracy and citizen’s rights and freedoms. It is deeply involved in addressing the urgent political necessity of mobilizing broad sectors of society in concrete, collective actions for the defense and protection of democracy. 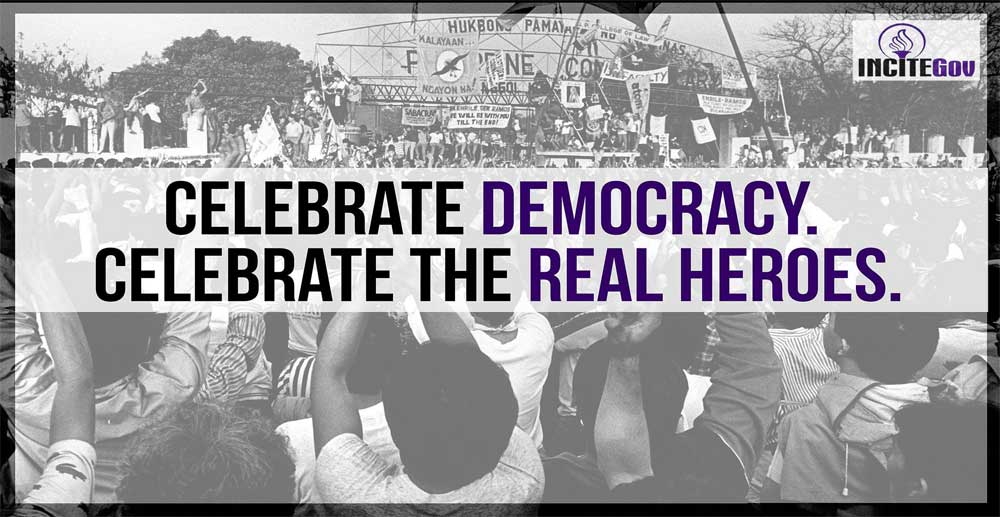 INCITEGov believes in a Philippine democracy founded on the practice of Democratic Politics for Good Governance to attain Development Outcomes, by reform champions from local communities to international arenas. It aims to bring together and engage broad-based constituencies in real and meaningful discussions on active citizenship based on the P-G-D framework, and to assist in the empowerment process of making government responsive, transparent, and accountable to its people.

INCITEGov commits to build a force for democratic reform in the Philippines from a community of champions dedicated to increasing public awareness and understanding of key reform policy issues. It anchors this commitment on its core institutional P-G-D framework that connects the dots between the practice of democratic politics to good governance and the achievement of development outcomes at scale, to break the boom and bust cycle of Philippine reform.

Our Board of Trustees 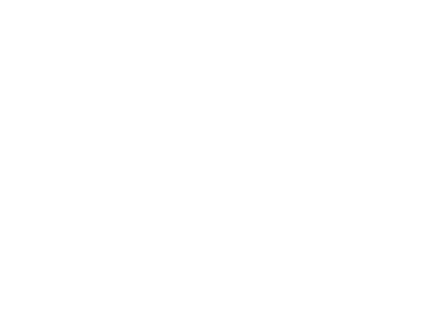 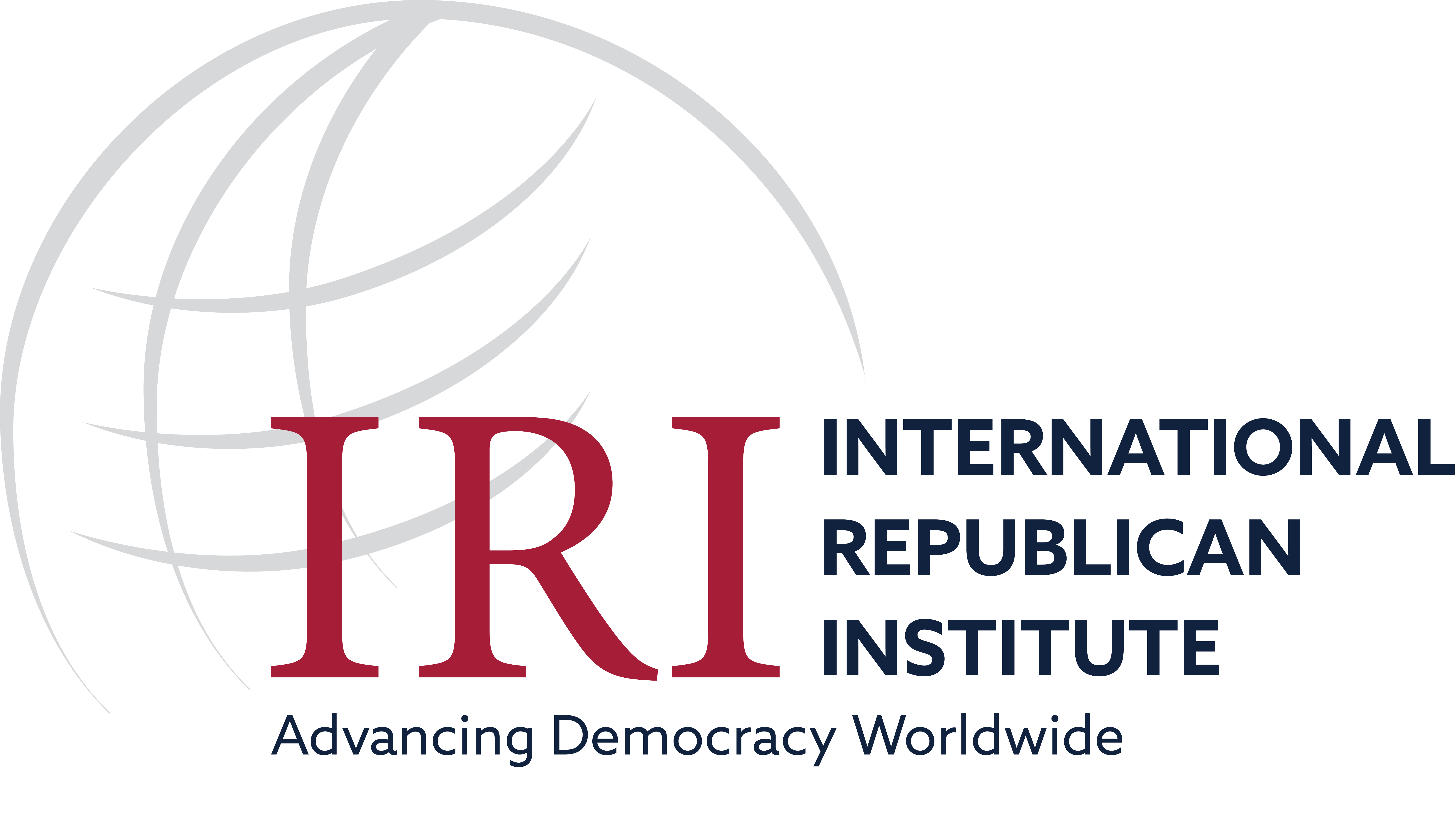 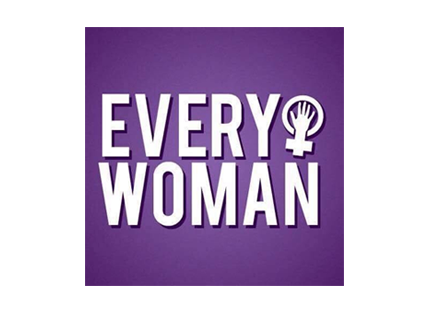 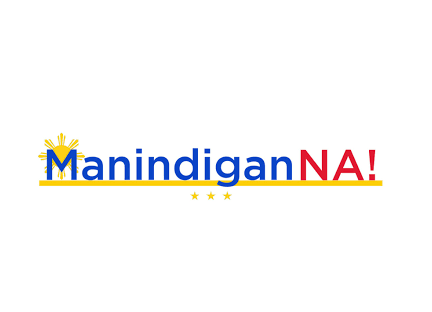 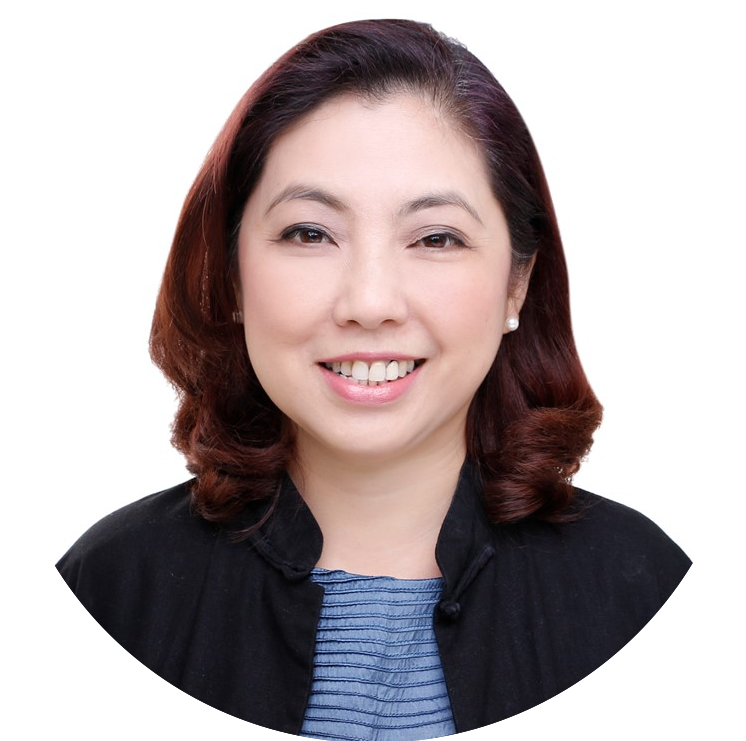 Ma. Remedios "Mardi" Mapa-Suplido has held top management positions in government and the nonprofit sector across the Philippines and Southeast Asia for more than 30 years. She joined Build Change in March 2021, following seven years as the Philippines Country Manager for an international blindness prevention organization. Mardi’s expertise includes planning, policy dialogue, multi-stakeholder collaboration and social mobilization honed across years of leading international development organizations and projects with donors such as USAID, CIDA, and AusAID. Her stints with the Philippine government include serving as Chairperson of the National Youth Commission, Provincial Board Member of Negros Occidental, and Director of the Office of the Presidential Adviser for the Peace Process. Her corporate experience includes work with the Life Bank Foundation as Vice President, with SM City Bacolod as Assistant Mall Manager, with the National Grid Corporation of the Philippines as CSR Specialist, and with Central Negros Power Corporation as Corporate Communications Director. In addition to her professional experience, Mardi is also extremely active in civil society, and has taken national leadership roles in human rights, youth, and peace-building organizations. Mardi majored in Community Development from the University of the Philippines and has traveled to 40 countries.. 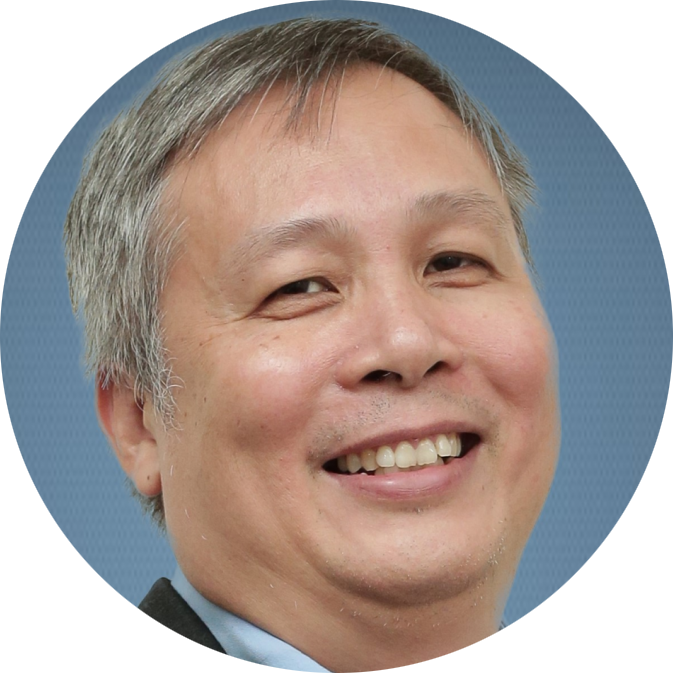 Philip Arnold "Randy" Tuaño is an Associate Professor and Chair of the Department of Economics at the Ateneo de Manila University. He is also a lecturer at the Ateneo School of Government (ASOG). He also taught at the Polytechnic University of the Philippines. As an academic, he has several published articles in journals such as the Journal of Southeast Asian Economies, the Japan Social Innovation Journal, the Philippine Journal of Devleopment and the Philippine Review of Economics, among others.

Currently, Randy is also the coordinator for the Sustainable Development Solutions Network (Philippines Chapter), a global network of universities and research organizations involved in sustainable development and the Philippine Human Development Network, an academic and civil society membership organization dedicated to pursue the capabilities approach in development planning and programming.

Prior to his academic career, he was involved in several NGOs and is associated with the Foundation for Media Alternatives and the KASAGANA-KA Mutual Benefit Assocaition. He worked as a researcher for CODE-NGO and as a development associate of Peace and Equity Foundation. He has worked in government as Director III of the Macro Policy Unit of the National Anti-Poverty Commission (NAPC) from 2001 to 2004. 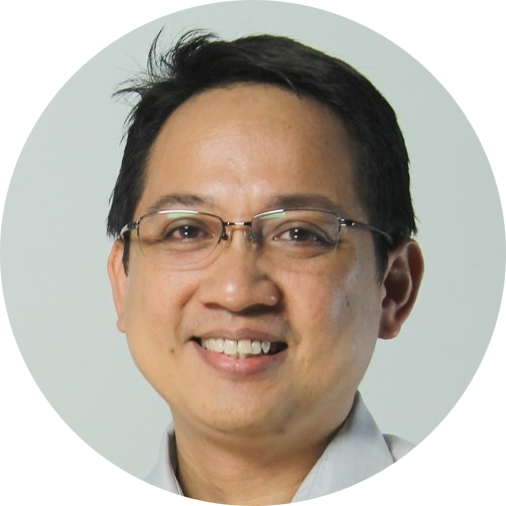 Yasmin "Yas" Busran-Lao is a former Secretary of the National Commission on Muslim Filipinos and an ex officio panel member of the Government Peace Negotiating Panel for Talks with the Moro Islamic Liberation Front (GPNP-MILF).

She was involved in crafting the Gender and Development Code of the Autonomous Region in Muslim Mindanao (ARMM) and the advocacy campaigns for the drafting of the Philippine National Action Plan (NAP) on United Nations Security Council Resolution (UNSCR) 1325 on Women, Peace and Security. Internationally, she was part of the team that drafted the Philippines NGO Shadow Report in 2006 for the UN Committee on the Elimination of Discrimination Against Women (CEDAW) that included a section on the rights of Moro women and indigenous women.

She co-founded the Muslim women’s rights and development organisations Nisa Ul-Haqq Fi Bangsamoro (Women for Truth and Justice in the Bangsamoro) and Al Mujadilah Development Foundation. The former is a network of Muslim women leaders advocating for women’s rights in the context of Islam and culture, and the later is geared toward the development of impoverished communities and status of women through peace initiatives.

In 2005, she received the Benigno S. Aquino Jr. Fellowship Award for Public Service.

In 2010, she ran for the Senate in the national elections under the Liberal Party ticket. Despite not obtaining a seat, she never faltered in her pursuit for her advocacies for the underrepresented Muslim minorities and its women. Edilberto "DJ" C. De Jesus completed in June 2019 a three-month research fellowship at the Kyoto University’s Center for Southeast Asian Studies. He holds a Professor Emeritus appointment at the Asian Institute of Management and is a non-resident Senior Research Fellow of the Ateneo School of Government. He serves on the Board of Trustees of Cagayan de Oro College and Far Eastern University. He has been on the Advisory Board of Integrity Initiative, Inc., and Philippine Business for Education, from their inception. He chairs the Education Committee of the board of Foundation for Liberty and Prosperity, established by Artemio Panganiban, former Chief Justice of the Philippine Supreme Court. He is also an independent director of Phinma, Inc.

DJ's engagement in the public sector began with his one-year secondment from AIM to serve as Deputy Peace Commissioner in 1987. Concurrent with the PeaceCom assignment, he served as Presidential Adviser on Rural Development in the Cabinet of President Corazon Aquino from 1988 until 1992. He also served under President Gloria Arroyo as Secretary of the Department of Education (2002-2004) and took the Philippine turn to preside over the governing council of the Southeast Asia Ministers of Education Organization (SEAMEO) in 2003. He left the Arroyo Cabinet in 2004 to serve through 2007 as SEAMEO Secretariat Director in Bangkok. 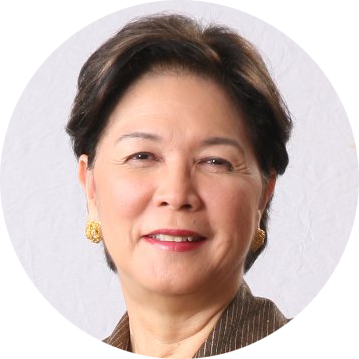 Imelda "Mely" M. Nicolas was appointed in 2010 as Chairperson of the Commission on Filipinos Overseas (CFO), a Cabinet-level Secretary position under the Office of the President of the Philippines. She held this position until June 30, 2016 as her term is co-terminus with that of Philippine President Benigno S. Aquino III.

After her most recent stint in government, Mely became actively involved in the work of Metropolis Asia where she currently serves as Co-Chair. She is also a member of the Metropolis International Steering Committee which organizes the Annual International Metropolis Conference, the world’s biggest conference of researchers, academe, policy-makers and international and regional organizations focusing on Migration, Mobility and Development. She is also a lifetime women's rights advocate and the head of the Philippine delegation during the 10th anniversary of the Beijing UN Conference on Women held in 1995, gave a toast at Beijing+25 for the 25th anniversary of the UN Conference on Women, and currently sits as the President of the Samahan ng mga Pilipina para sa Reporma at Kaunlaran (SPARK!).

Mely also currently serves as a member of the Board of the Open Society Foundations (OSF), International Migration Initiative (IMI), and the Migration and Advisory Board (MAB) of the International Organization for Migration (IOM). 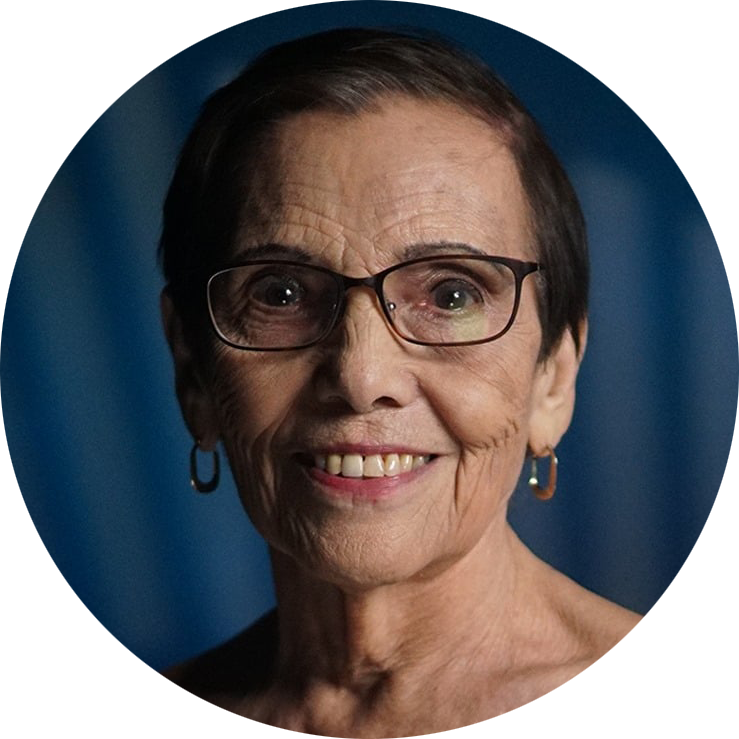 Veronica "Ve" Fenix Villavicencio has a long and extensive background in development work and social change advocacy. She is also currently affiliated with Galing Pook Foundation, Inc. and PILIPINA, Inc.

Ve served as the Executive Director of Peace and Equity Foundation, a development financing organization that supports poverty reduction and community empowerment programs of Philippine CSOs and social enterprises. She was also an Undersecretary (2001-2004) and Secretary (February 2004 - July 2004) to the National Anti-Poverty Commission. Ve also consulted for PILIPINA, Inc., AusAID (now DFAT), and the Philippine Commission on Women.

Prior to this work, Ve developed and evaluated environmental and social development programs. She was the Grants Program Director for Foundation for the Philippine Environment, project and research officer for Philippine Business for Social Progress, and Program Coordinator for APPROTECH ASIA. Among others, she also consulted and facilitated for the Palawan Council for Sustainable Development and the DENR Biodiversity Management Bureau and UNDP Global Environment Facility (GEF) for 2014-2020.