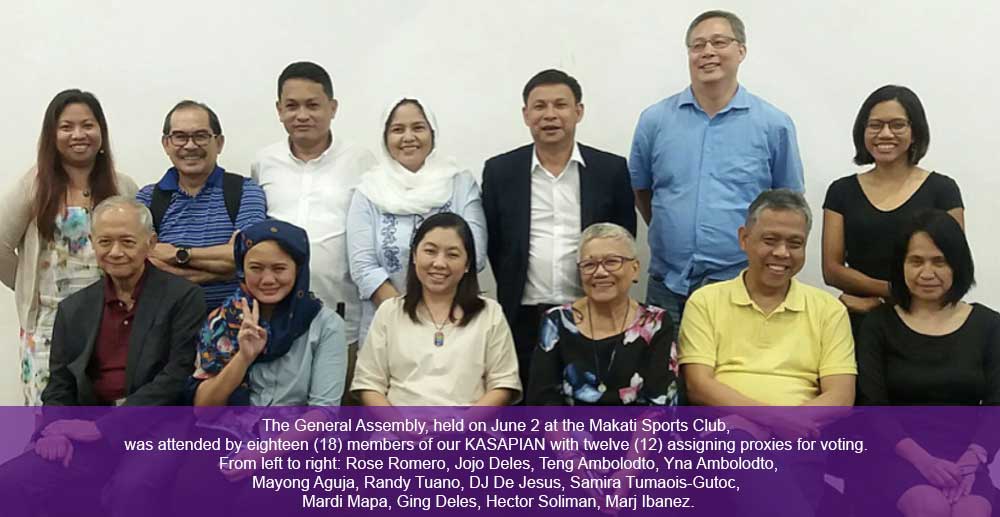 June 2, Makati - The 12th General Assembly of INCITEGov approved new tracks and directions for 2018 to 2019 in response to the creeping authoritarianism experienced in the country today.

They include actions to support initiatives in protecting of democratic space and institutions. INCITEGov calls this track "Growing the Movement."

The new thrust also includes the pursuit of dialogues on themes that significantly impact on democracy. This falls under the track called "P-G-D (stands for Politics-Governance-Demoracy) Discourses."

The third track, "Protecting Democratic Space and Institutions," seeks to promote and protect checks and balances in governance, the rule of law, and the basic human rights and freedoms of citizens.

The Board of Trustees made a report to the GA on the accomplishments undertaken in pursuit of these tracks through its lead persons.

The GA also elected four new members of the BOT to replace those whose terms are expiring this year. The newly-elected members are Suharto Ambolodto, Mr. Luisito Montalbo, , Randy Tuano, and Samira Ali-Gutuc. They replace Alberto Lim and Mardi Mapa-Suplido who both served in the BOT for six years, and also, Tony Salvador and Cielito Habito.

The General Assembly, held on June 2 at the Makati Sports Club, was attended by eighteen (18) members of its KASAPIAN with twelve (12) assigning proxies for voting.