2 Merging research and the arts: Telling the story of the War on the Poor

An independent study has confirmed the connection between the locations of drug-related killings and families of Pantawid Pamilyang Pilipino Program (4Ps) beneficiaries, supporting the thesis that the drug war is, indeed, a war on the poor.

In November 30’s Kwentong Kabaro titled, “Mahirap maging mahirap: Ang epekto ng Tokhang sa 4Ps,” development researchers Abbey Pangilinan and Ica Fernandez bared the results of their study-- a passion project which showed that at least one in five victims of drug-related killings in Metro Manila in 2016 and 2017 were 4Ps beneficiaries.

They also documented at least 12 cases of multiple deaths within the same family.

A portion of their study, published online, reads:

“The findings illustrate that drug-related killings negatively affect CCT beneficiaries and their families. Most victims were breadwinners, leading to a decrease in household income. The reduced available income, as well as the social stigma of having a drug-related death in the family, causes children covered by the CCT to drop out of school. Widowed parents often find new partners, leaving the children with aging paternal grandmothers. Drug-related killings are often bookended by other hazards such as flooding, fires, and home demolitions. The direct effects of these killings, compounded with disasters and other socio-economic shocks, traumatizes CCT families, erodes social cohesion, and pushes them further into poverty.”

How the project started

Abbey Pangilinan recounted that the idea for the project first came when, as a former Department of Social Welfare and Development (DSWD) employee, she started to receive calls from 4Ps families affected by drug-related killings, right on the onset of Oplan Tokhang back in 2016. 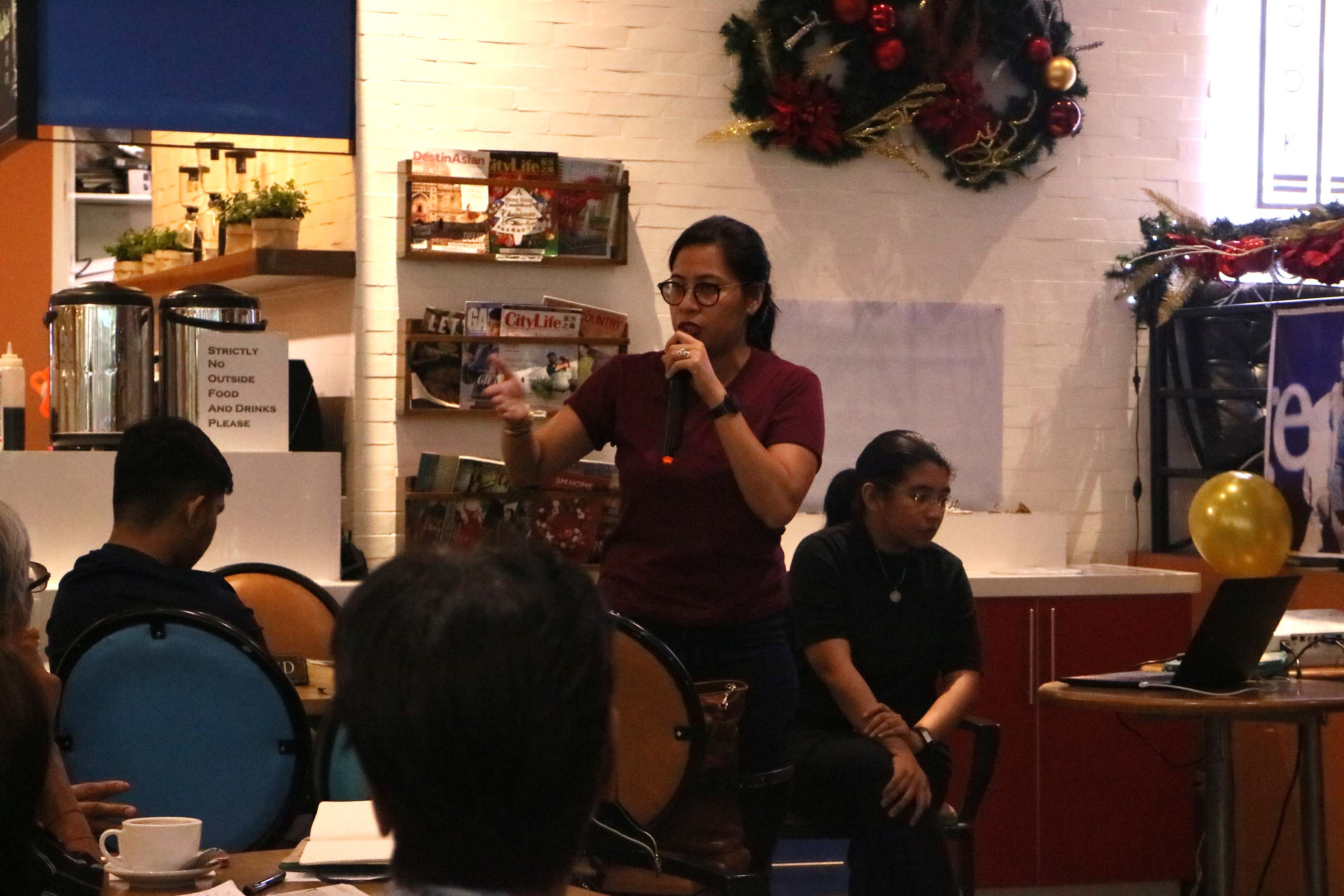 Thus arose the impetus to document these real-life stories.

“That was the trigger. Is anyone listing these names down? Because if no one is, we have to start. Perhaps not at that very moment, but in the future, this list will be important,” Pangilinan said.

4Ps is the Philippines’ conditional cash transfer program piloted in 2006 by the DSWD.  Its goal is to provide assistance to lower income families and break the poverty cycle.

One method of analysis that was used was the mapping of the locations of drug-related killings and 4Ps beneficiaries. Using government data, the researchers saw an obvious overlap between the two groups.

According to Pangilinan, “We think that if you want to say that this is a war on the poor, then go to the poorest of the poor in the country.”

“The trend showed that the 4Ps beneficiaries were the first to be targeted early on in the drug war,” Ica Fernandez, another researcher, added.

Fernandez also pointed out that social protection programs in the country are being sidelined because of operations like Oplan Tokhang. “This study looks at two clashing policies. Which should be prioritized? The war on drugs or anti-poverty efforts?” she asked. Ica Fernandez discusses the gender impact of the drug war on poor families.

Moreover, their research also revealed that the gender impact of these operations are felt heavily by the poor. “The victims are usually males and are the breadwinners of the family. Once killed, it’s usually women who are left behind and are forced to take care of their families,” said Fernandez.

“Especially in poor families, the burden usually falls on the wife, or on the eldest daughter, or mothers who are already of old age,” Pangillinan added.

Having made sense of the data, the researchers then brainstormed on the creative and inclusive ways to present their findings to a wider audience.

With the help of artist Mix Villalon and rapper Calix, they came up with KOLATERAL-- a rap album composed of 12 tracks narrating the real stories of the families left behind by the war on drugs.

“What’s most important is to use forms and languages that the audience can understand,” Villalon said, highlighting the need to update the ways of communicating important data through the arts.

“When rap songs are played in the communities, for example, the youth get it right away. This is their form of communication and we have to use it for them to understand us,” she explained.

“The discourse on EJKs has been going on for a long time. However, this project allows us to look at the forms of presenting data and stories differently, and how to utilize our cultural tools to best relay information.” Meanwhile, the participants-- composed mainly of women from UP College of Social Work and Community Development (UP CSWCD), University of Santo Tomas (UST), PILIPINA, Nagkakaisang Tinig at Hakbang ng Kababaihan sa Caloocan (NTHK-C), AKAP Pamilya, Akbayan Women, The Silent Majority (TSM), Baigani, and Artikulo 13  — saw the importance of seeking alternative forms of justice for the victims and for those left behind to continue to fight.

According to Joanna Caumeran of Baigani the bright side is that the widows of the victims are now empowered. “They have the awareness and they want to keep fighting. It’s good that they recognize the power that’s in their hands,” she said.

Meanwhile, Elizabeth Yang of PILIPINA said one step that can be made moving forward is to think about “reparations and transitional justice.” Marjorie Ibanez of INCITEGov agreed and added that the families of victims who are still in the fight must not give up in seeking for social justice.

Fernandez also mentioned the need to go back and consider what forms of justice are being sought out within communities. “Apart from legal means, what are the processes that will give them comfort and assurance,” she asked.

Another point of discussion focused on how to engage those who are yet to be affected by killings to discuss the issue.

For instance, Shebana Alqaseer of EveryWoman shared that those in middle-class communities don’t act unless the issue directly concerns them. “They aren’t affected or scared, nor are they willing to help victims because they can’t relate to it. They will only feel the fear and concern if it happens to someone they already know,” she said.

In response, Jurgette Honculada of PILIPINA mentioned that  the media and the academe are resources that can be tapped to tell a story of truth.

Calix also pointed out the importance of working together regardless of what our skill sets are. “This unique collaboration that puts art and data together brings out the strengths each of us have,” he said.

“We have different backgrounds, different politics. But in times like today, we have to build our ranks and help each other,” Pangilinan added. #