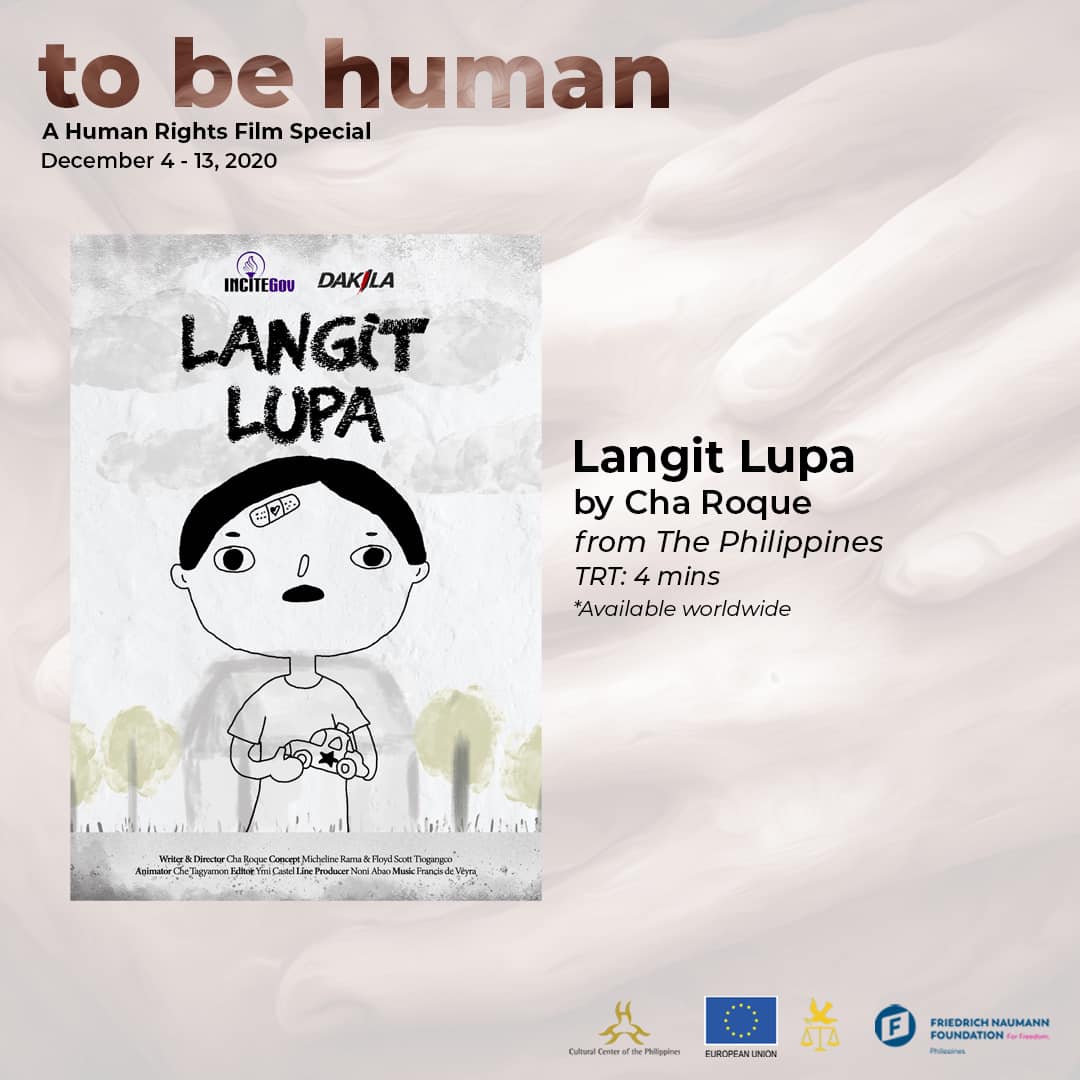 "Langit Lupa" (Heaven, Earth) will join 16 other foreign and locally-produced films in Cultural Center of the Philippines (CCP) Arthouse Cinema’s "To be Human," a special screening on human rights, from Dec. 4 to 13, in celebration of the International Human Rights Day.

The special screening can be viewed on CCP's Vimeo on Demand and Vimeo Showcase channels using the password human. It includes films from the European Union, Friedrich Naumann Foundation for Freedom, Cinemalaya, Gawad Alternatibo, and other local filmmakers.

Directed by filmmaker Cha Roque, “Langit Lupa” takes the perspective of a young boy who became a “collateral damage” in the current administration’s war on drugs. The film is part of “Trilogy,” a three-part series produced by INCITEGov and artists’ group DAKILA that features the real life experiences of “Ang Napagtripan,” “Ang Napagkamalan,” and “Ang Nadamay” (roughly translated as “The Falsely Accused,” “The Mistaken Identity,” and “The Collateral Damage”).

The two other shorts in Trilogy are “Sino si Max Dimaano?” (Who is Max Dimaano?) and “Ghosted.”

Watch the series below: