INCITEGov conducted a pilot test of its Politics-Governance-Development (PGD) modules with members of the urban poor sector, focusing on the interrelatedness of democratic politics and good governance to achieve desired development outcomes.

Members of the Samahan ng Nagkakaisang Pamilya ng Pantawid (SNPP), a group of mothers whose families are beneficiaries of the government’s Pantawid Pamilyang Pilipino Program (4Ps), attended the workshop on June 5 and 6 at the University Hotel in Diliman, Quezon City. 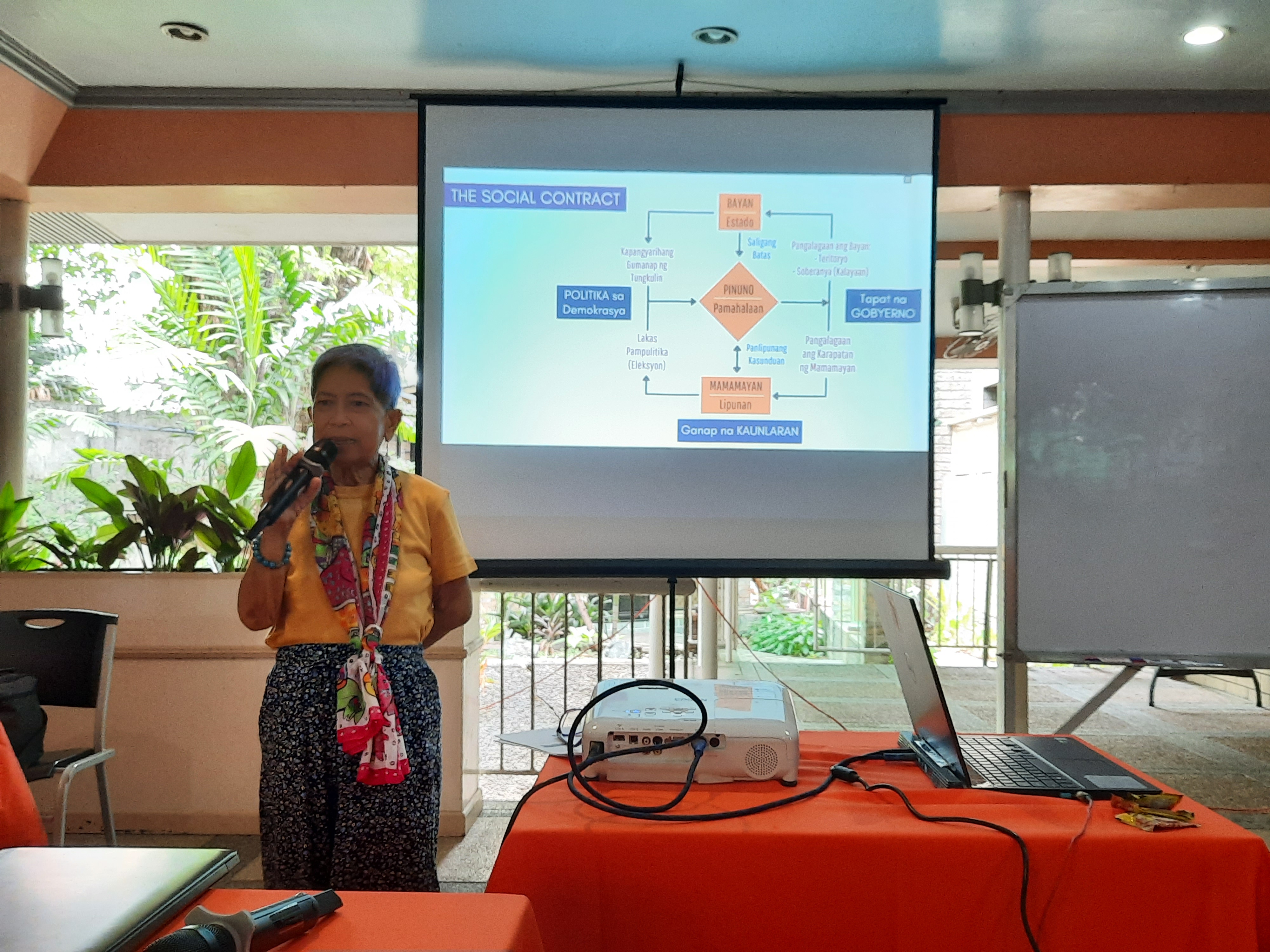 Soliman headed the two-day workshop on the PGD modules

(We will talk about where the power of the people and the government comes from, how it works, and how it interacts with politics.)

Soliman also expounded on the concept of a “social contract,” emphasizing that since a country’s leader is elected, their power emanates from the voting population. She also highlighted the importance of participation in decision-making, be it inside the homes or in society.

A framework explaining the social contract.

(Do we participate in decision-making inside our homes and in our society, and is our participation given value? It’s not enough that we can voice out our opinions. Our voices and our stance should be respected.)

The former Social Welfare and Development secretary explained the importance of understanding the concept, citing the taxpayers’ money as an example.

(During this pandemic, a lot of money came in. Where is the allocation for the vaccines, for Philhealth, for contact tracing. It’s all part of transparency, which is an important aspect of power.)

INCITEGov will be sharing the PGD modules to different sectors in the months ahead as part of a project on mobilizing active citizenship. ?