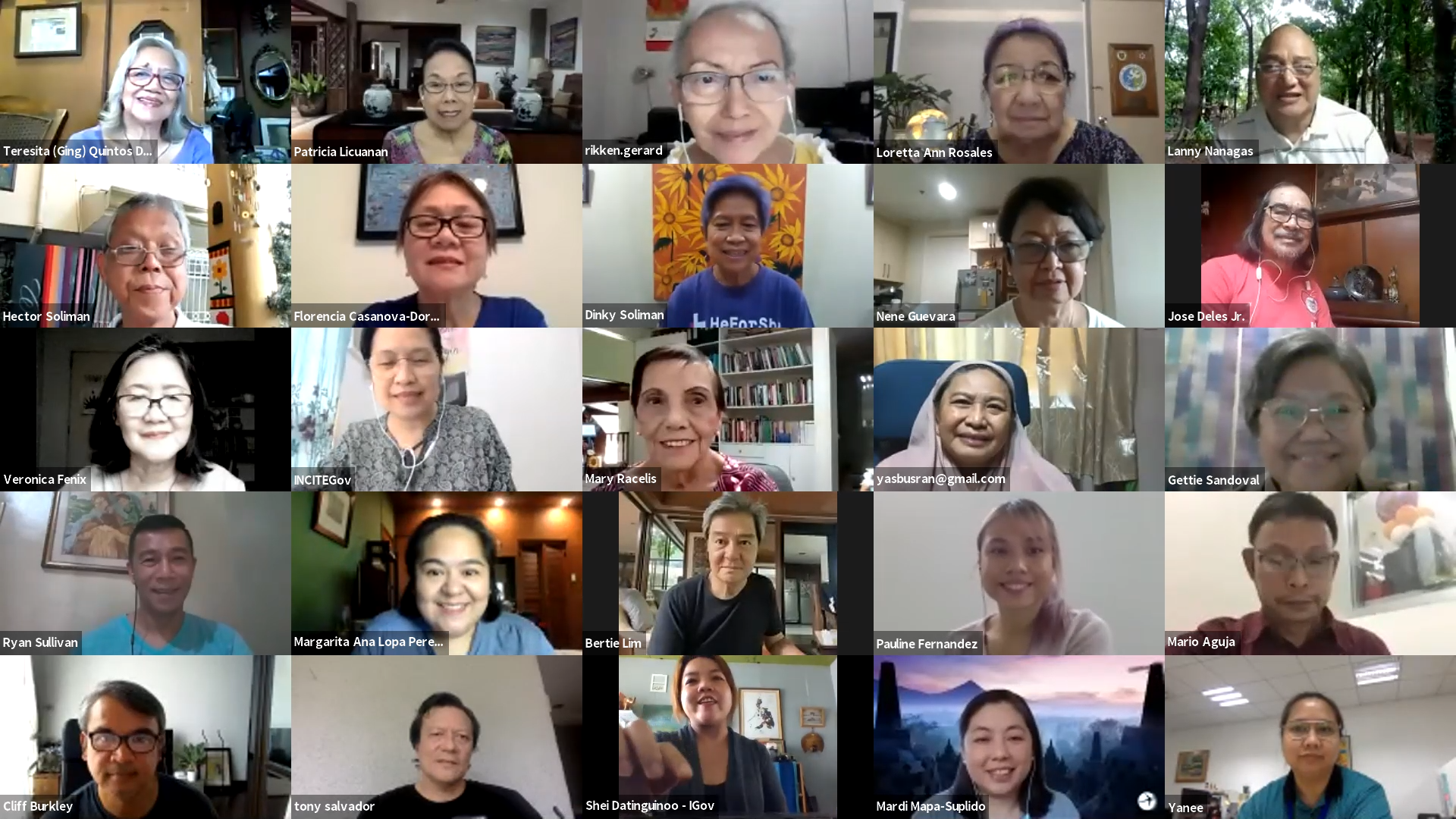 The International Center for Innovation, Transformation and Excellence in Governance (INCITEGov) will mark its 15th year as a membership-based policy research and advocacy center this year with its 11 new board members at the helm. 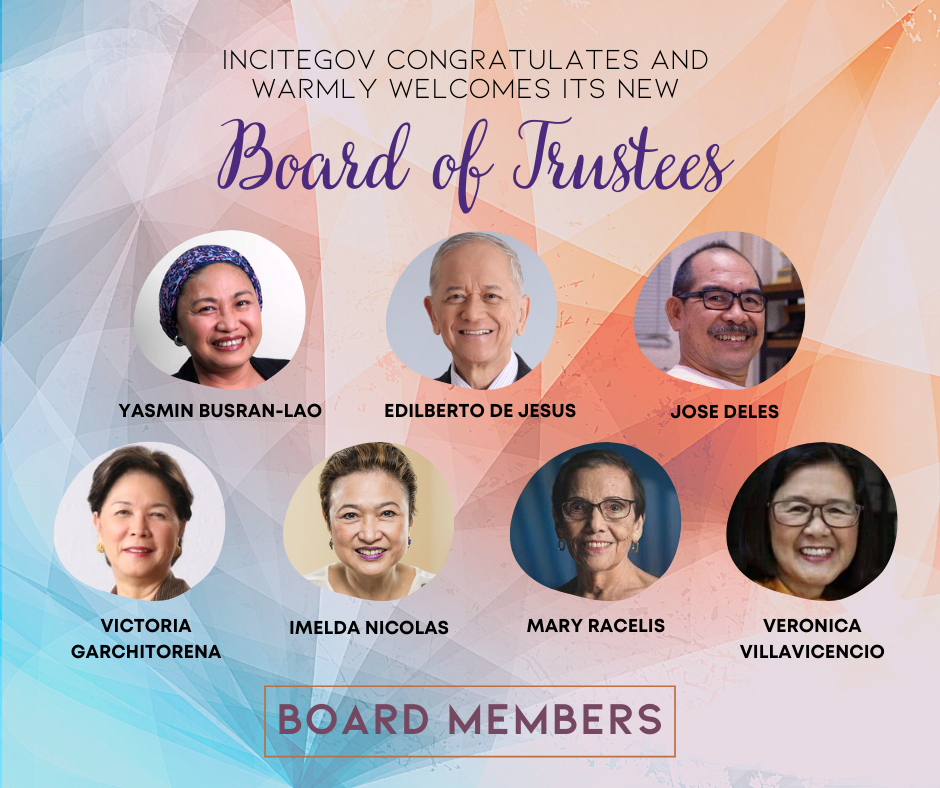 Meanwhile, in a subsequent meeting, the board members appointed the following trustees as officers of INCITEGov: Mapa-Suplido as Chairperson; Tuaño as Vice-Chairperson; Aguja as Board Secretary; and Cafugauan as Treasurer. 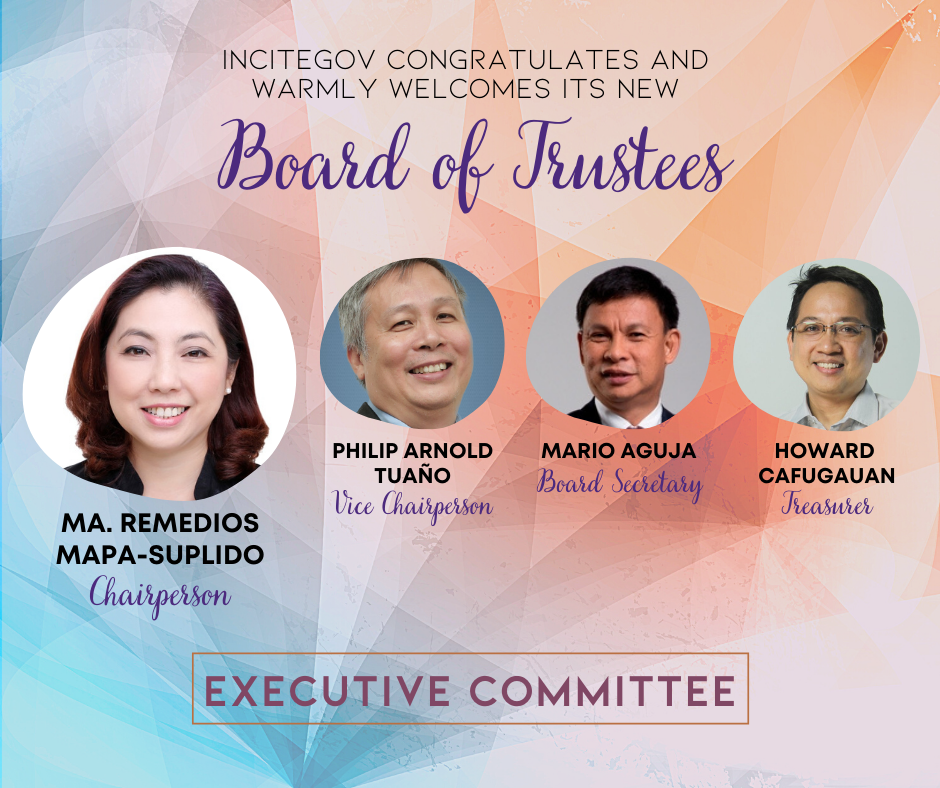 “My vision for INCITEGov for the next three years is simple: for us to be able to become an effective catalyst by finding new ways to inspire and help build an inclusive, broad-based and synergizing critical mass whose intensified clamor for democracy will create and sustain real changes in our country's policies, structures, and leaders, resulting in a truly accountable and democratic system of governance,” Mapa-Suplido said.

The new trustees will serve under a rolling board setup as indicated in BOT Resolution No. 2020-03, which the General Assembly approved in a special meeting conducted on March 3.

Under this system, the four trustees with the highest number of votes will serve the organization for three years; the next four will do so for two years; and the last three for one year. The trustees are eligible to carry out their functions for a maximum of two consecutive three-year terms. Those who are getting two- and one-year terms will be considered as serving an equivalent of one full term.

Marilou Ibañez, INCITEGov’s Executive Director, also expressed gratitude to the outgoing chairperson, Teresita Quintos Deles, who has led the organization in the past four years amidst the difficult shifts and challenges confronting the Philippine democracy.

“On behalf of the Execom and the Board, I'd like to take this chance to thank Ma'am Ging who has been our Chair in the past four years when our democracy took its darkest turn after EDSA. Her clarity and courage, and her constancy in guiding our day-to-day struggles as an organization, was certainly a major reason why the past four challenging years have made the work of INCITEGov truly insightful and inciteful!” Ibañez said. ?